Dear Honorary and Past presidents, Heads of delegations, Committee chairs, Delegates and Friends of CIOR,

It is really a privilege for me to “close the CIOR year 2013”, with all its accomplishments, challenges and fruitful interactions. Experiencing a 2 hour session with SACT in Norfolk, presenting our CIOR CFI Memorandum, the Winter Session, with the political # 2 of NATO, Amb. Vershbow, the IBMs in Paris, the CIOR team effort in Nijmegen, the Language Academy in Gdynia, a great Congress in beautiful Moravia, with landmark events s.a. the Employer Support Symposium or the YRO Workshop, the MilComp in Vyshkov, a PfP&O Workshop in Romania …. All this gives a flavor of the incredible collective horsepower that our Confederation represents. This collective energy, and the achievements it allows at every level is what should all make us proud to be part of this venture.

Just have a look at the www.cior.net website articles posted in 2013.

On this note, I would like to express my gratitude to the National Heads of delegations and Committee chairs, who have done remarkable work, the host nations who have organised the CIOR events in 2013 (starting with the Congress) – allow me also to thank the CIOR delegates for being present in good numbers, excellent quality and motivation at all our events. Let me not forget the CIOR presidency team, who allowed me to steer the CIOR presidency ship and maintain course.

” Mieux vaut faire, qu’avoir fait” … If a have the opportunity to share with you a glass or two in the coming year, I will tell you who once said this …. This very concise sentence can be can be translated into (Language Academy experts are required to perfect this translation!) : “it’s better to keep achieving things than to look back and be self-complacent”.

2014 indeed offers some great opportunities: after meeting SACEUR last week, we will start the year showing again our CIOR flag in ACT in Norfolk, also as speaking guest to Winter meeting of NRFC, just before the Wesseling Seminar and the WMW at the NATO HQ in Brussels. This will be followed by a in-between meeting in Lille and what I am sure will be a wonderful Congress in Fulda, Germany.

I realise that a growing piece of what we will do as presidency in 2014 will impact our Bulgaria successors. This is why I have started putting an extra emphasis on including the incoming President, LtCol. Dimitar Popov, into our French Presidency meetings and ensuring quality time with him and this incoming team. This has started at the IBM in Le Bourget in November 2013, and has continued during meetings in Paris mid-December 2013. All key functions of the Presidency will be transitioned during a visit planned in Sofia in May 2014, which should allow the handover in August to be done in a very straightforward and effective way.

I would like all of us to think forward and bring our Confederation to new heights in 2014 and beyond. In the meantime, for the few days that are left in 2013, I wish you great holidays and a Happy New Year. 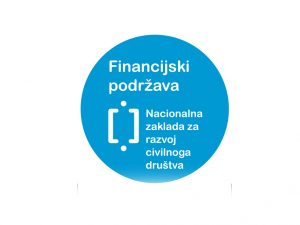